Criminal Trespass in a place of residence in Adelaide

AGSCT is an offence that used to be called House Break and Larceny. The law was expanded to capture those who enter or remain in a place of residence with the intention to commit an offence to which the section applies.

Relevant offences that are considered to be included in criminal trespass are theft, property damage and assault. If you have been charged/caught or involved in any of these please do not hesitate to contact us today.

We have acted for many people who have been going through a relationship breakdown and entered the premises of their former partner. Often they have been angry, or trying to speak to the complainant about the breakdown. Commonly, the situation deteriorates and an assault is alleged.

It might in itself be at the lower end of seriousness such as a push or holding a person to talk to them, but because it occurred in a place of residence an AGSCT is often charged, exposing the accused to the risk of significant imprisonment. 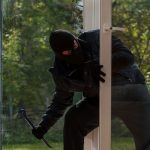 If you are looking to learn more about our firm or our staff you can read our reviews on Google & Facebook. You can also find information about our firm here.